Today we hear the views of Chris Griffin continuing our series of our match reporting team’s end of season reviews.

At the risk of sounding wise after the event I thought mid-table was as good as it would get. There was no reason for expecting our poor home form to improve. This had bedevilled us in 2017-8 and continued to be an issue for much of 2018-9.

Vichai had an immense impact on the club. He gave it financial stability, raised its ambitions and supported better recruitment. Additionally he helped to make the club more embedded in the community via his support for charitable and other causes. The accident was shocking. I recall walking away from the 1-1 draw with West Ham. 40 minutes later I received a What’s App message telling me about the accident and the speculation regarding fatalities.

The fans’ reaction was overwhelming – not only City fans but fans of other clubs too. Vichai’s approach to his roles as chairman and owner obviously impressed fans of other clubs and this was shown by the applause from Arsenal and Chelsea fans at our last two home games when his image was screened. The club at all levels dealt with the event with dignity, decency and integrity. It is only right to point out that Claude Puel was at the heart of this. He provided excellent leadership during this awful time.

Winnable home games against Cardiff, Southampton, Newcastle and Crystal Palace were lost. Everton could be added to that list. Add the two draws against West Ham and Burnley that’s 19 points missed. Interesting to add that total to our final total of 52 and see where that would have put us.

It was hard to escape the judgement that the team was not consistently doing justice to itself. The Christmas period where we won at Chelsea and beat Manchester City only to lose at home to Cardiff illustrates the inconsistency. Consideration has to be given to the relative youthfulness of the side. Establishing consistent 7/10 performances from young players is a formidable task. Claude Puel used to refer frequently to the team’s lack of intensity. What seems to be happening under Brendan Rodgers is the delivery of a higher level of intensity and one that impacts further up the pitch, (with the exception of Manchester City away.)

So – 9th is respectable enough but this group of players is capable of doing even better.

Well done Ricardo. His attacking play is excellent. Not sure he is always on it defensively but he is a positive addition to the squad. My own choice would be Wilf. He had a really good end to the season, a reflection maybe of Brendan Rodgers having him fulfil a role that kept him patrolling the middle third of the pitch, rather than a box-to-box role. He regained lots of possession and quickly found the easy ball to Maddison or Tielemans so attacks could be launched. 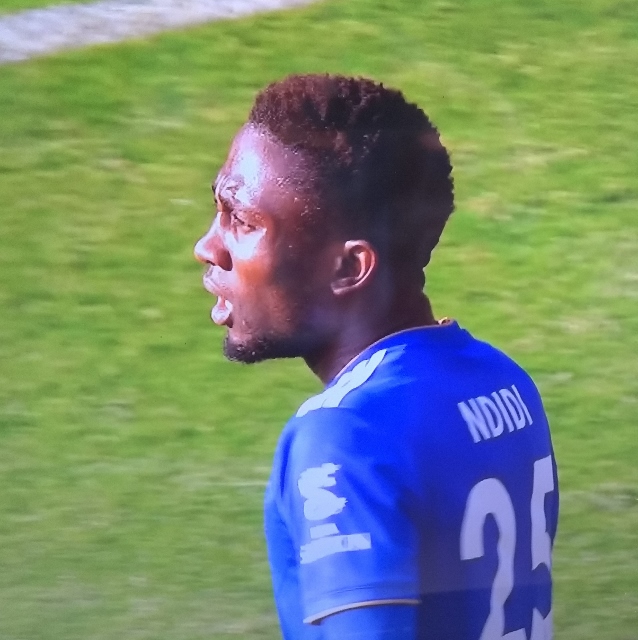 Others worthy of mention include Evans – an excellent end to the season, Choudhury, Chilwell, Tielemans and of course the evergreen JV. What a player he is. Maguire was first rate; I liked his Beckenbauer impression when he dribbles out of defence. These forays didn’t necessarily lead to anything but they were great to watch.

Tielemans is an excellent find. It has become a cliché but I really hope he comes back. Evans became a constantly reliable presence. Soyuncu had limited opportunities but looks very promising. Ricardo was an excellent purchase. Ghezzal was less effective in a position which we really need to fill with someone of a highly effective skill set. Maddison has increased his stamina levels significantly and is proving, in combination with Tielemans. Maddison is a player of incisive vision and skill. Not seen Benkovic play but he apparently impressed at Celtic before his injury.

Chilwell had a really good season and for one so young is looking more and more settled and accomplished. He is very much in the mould of a modern day full back with superb athleticism and high energy levels to get him up and down the pitch. His defensive awareness has also improved. I appreciate that he is a bit of a Marmite figure as far as some fans are concerned and yes, his crossing could be more consistent, but that could be said about many full backs. If Pep thinks he is a “really talented player” then who are we to disagree? Let’s hope we keep him. We would miss him if he went. We should also mention the progress of Choudhury and Barnes.

We need a winger to replace what Mahrez gave us. Gray and Ghezzal have had opportunities but not secured a regular place. We also need a striker both to support Vardy and allow us to rest him. This should have played into Iheanacho’s hands but he has not grabbed the opportunities.

It was beating Manchester City – closely followed by the emphatic defeat of Arsenal.

More confident in comparison to last year even though I’ve been watching City since April 1957 and so am old enough to know better. The only caveat – a major one – is whether the club can keep this set of players as well as adding to them. Both social and mainstream media are replete with reports that others are queuing up to lure away our young and outstandingly talented players: Maguire, Chilwell, Maddison, Tielemans (strictly not ours but we wish to sign him), and Choudhury.

The appointment of Brendan Rodgers is an excellent decision. His influence is already apparent and as some fans have pointed out on social media City are now fun to watch. He conveys a very positive attitude occupying a touchline spot in the technical area throughout every game. No doubt he is capable of getting the hair dryer out when necessary but what is noticeable is the encouragement to be bold that he gives the players. So if an ambitious pass does not come off Rodgers’ applauds the effort and reinforces the message to continue to be courageous on the ball.

Rodgers has also brought some defensive improvement. Though we may like to see an even better clean sheets figure it is worth noting that before Rodgers’ arrival City were conceding 1.4 goals a game. After his arrival that figure improved to .9 of a goal per game: half a goal a game better. Equally goals scored since Brendan Rodgers’ arrival also improved by half a goal a game. If we could establish a match-by-match goal ratio of 2:1 across a whole season then we really might achieve something.

I hope he is not snaffled by a “bigger fish.” It seems crazy to mention this point given he’s only just arrived but there are so called “top six” clubs who will doubtless be seeking a manager this summer or during next season. He could well be on their list.

1. With Amartey’s fitness not yet confirmed we need a right back to cover Ricardo.

2. In midfield we need Tielemans or a player in a similar vein. We may also need to bring in two of that type since Rodgers likes to play with two creative midfielders so we need cover for injury.

3. We need a striker to support JV.

4. We need a skilful dribbling right winger who can cut inside and go on the outside. This would be someone in the style of Pedro at Chelsea. Not saying it should be Pedro but someone like him who can occupy defenders; draw them out of position; play a killer pass; and finish as well.

NB: Media chatter full of us signing Lewis Dunk on the assumption Harry leaving. Not sure we need another centre half given the number of centre backs we have, but Dunk is a steady Premier league player.

It is a good and relevant question. Not sure we have to be that binary. I suspect Brendan Rodgers and his recruitment team will seek a mix of youth and experience. Young players will match our high energy game but we will need older and wiser heads to calm things down or to provide strong leadership on occasions.

If you had a chance for a word in the owners’ ears, which player(s) would you be advising to sign?

Going back to the right winger with a strong left foot and able to cut inside I would be taking a close interest in Harry Wilson. He has a terrific left foot, very good close control and he is a worker. He had a very good season at Derby but has now returned to Liverpool where game time may be limited.

This seems a big ask. If we are going to do that we must retain this squad and add more quality to it. And of course at this point (in early June) we do not know how well the current top six/seven will recruit.

I recall each of the three 1960s cup finals with a vivid and disappointing clarity. I’d love us to win it.