I had hoped that, with a consistent season, we could press for a European qualification place.

The whole narrative of Leicester has been almost unreal over the last few years – if it was a novel you really would not have dared to plot it the way it has happened.  Khun Vichai clearly stabilised the whole Club and his ownership made the Premier League-winning season possible.  The tragic manner of his death, and those who died with him, added to the narrative – so close to the stadium and involving the helicopter which had become something of a City icon as well.

The Club handled the tragedy magnificently.  Football clubs, including our own, often tend not to be good at handling issues which require leadership and tact and dignity.  Leicester City managed all three, including involvement of the fans.

A bit disappointed.  The final few games under Puel yielded too few points.  Anything approaching ‘par’ in that period may well have enabled a push for 7th or even 6th.  Having said that, I am reasonably pleased to have avoided the very early Europa-qualifying stages in the Summer.

Pereira has developed into a fine player.  He has always looked good going forwards and this season improved his defensive qualities too.  Maddison is clearly a talent, but still needs to mature his decision making.  Choudhury has looked a handful when he has had the chance to perform.  I do hope we can retain/sign Maddison, Chilwell and Tielemans, as they can form the basis of a team which can genuinely challenge for Europe next season.

Jonny Evans deserves praise, too.  He looked a bit suspect at first, but by the second half of the season he was the most assured of the centre-backs, more so even than Maguire. 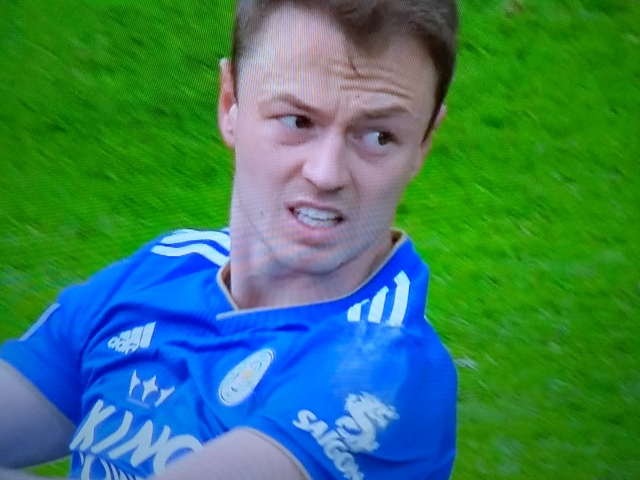 Does Tielemans count as a ‘signing’?  He has been outstanding and I do hope we can keep him!  Söyüncü looked a decent signing in his few games – he looks like a potential leader despite his alleged lack of English language skills.

Chilwell is now pretty much the finished article, and both Choudhury and Barnes now look like good Premier League players.

Gray continues to achieve far less than he should.  I am going to go against most opinion and put a word in a positive word for Ghezzal; he has not turned into a new-Mahrez, but when he is on the pitch he usually looks more likely to create something exciting and decisive than, say, Gray.  Iheanacho is also, surely, a better player (and in particular better finisher) than he has so far seemed to be at Leicester

Whether it is correct to call it a ‘highlight’, the way the helicopter crash was handled showed this Club and its fans in their very best light.

If we can keep the team that ended this season together for next season, then I rate the chance of a European qualification place quite highly.  Simply continuing the form achieved under Rodgers (against some tough opposition) would achieve that.  It will depend so much on whether the Club let any of their young ‘stars’ go.

Sign up Tielemans, sign a proper stand-in/support for Vardy and keep Vardy’s legs as fast as they are for at least one more full season.  I don’t think too much else is needed.

As above, I do not think too many changes are needed if the stars of current squad can be kept at the Club.

Tielemans!  I’m also going to cheat, as I read Colin’s end-of-season report before writing this, and steal his idea of Rondon, too!

If we hold on to the current squad, then ‘yes’.

European qualification.  A good Cup run would be enjoyable – preferably not ending in a lost penalty shoot-out.

In my many years watching football, and Leicester City in particular, home and away, there are two memories that stand out as life experiences I will never forget.  Neither of them were directly about the football itself.

The first was seeing all of Leicester out on Victoria Park for the Premier League celebrations – all ages, colours, creeds, shapes and sizes in one place.  The other was the 10+ minutes at the end of the away match at Cardiff this season, when the players and fans just stood applauding each other.  Football may only be a sport, but sometimes it produces moments that transcend that. 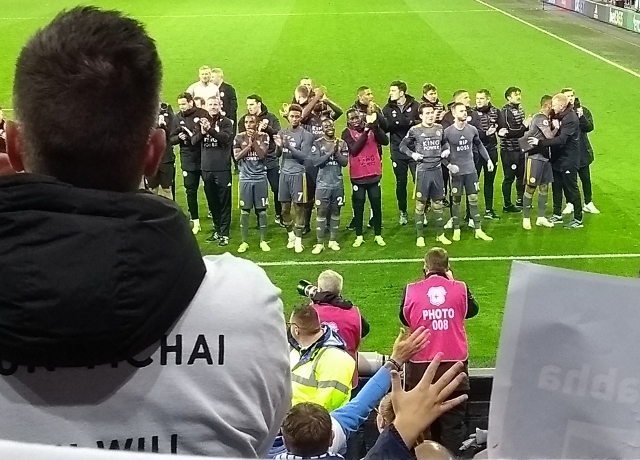