A new week kicks off with the fourth in our series of end of season review articles from our match reporting team, today Tish Krokosz provides his thoughts

I had prepared a projected table for the Premiership before the first game and had City at 9th – it was the only team I had guessed at correctly!

Chairman Vichai was a top boss. His generosity to the club and to the local community has been well documented and was remarkable. The grin on his face at the end of the title-winning season sits in your memory.

The fans responded to his position and generosity with feeling, pride and long-lasting gratitude, both before and after the tragedy.

The club’s reaction to the tragic news was very professional and commendable.

As mentioned above, I had predicted this position correctly at the start of the season, but this was under the Puel management regime. The strength of the squad, especially after the introduction of Tielemans, was such that City should have attained a higher position and would have done if the season had carried on for another month or so. The record under Rodgers was impressive.

Probably – the players voted for him and they know best. However, I had some doubts about him when he started, but these fell away as the season progressed. Nobody had a consistently brilliant season, but there were some excellent runs of form from Maddison, Barnes, Chilwell and later in the season, Evans. If Tielemans had been with us all season, he may have won the vote from me.

I had forgotten how many new names there were. They were generally better than some other years. The best ones were Pereira, Maddison and Evans; the latter being the best value for money purchase.

Maddison tailed off mid-season but found his form again when Rodgers arrived. Tielemans, although only a loan signing, was also admirable.

We needed a player to step into Mahrez’s shoes, if that were possible – and Ghezzal was not the man.

Soyuncu impressed me at the start, especially with his speed and distribution but he is not the complete defender and a little rash in his tackles. Benkovic won medals in his first season after signing for City, but unfortunately they were with Celtic. I would like to see him play, although there is talk that he may stay at Celtic for another year.

Pereira. He is really impressive going forward and this was obvious from the start. His defensive work improved as the season progressed.

Ghezzal. He spends most of the match facing the wrong way.

As an individual moment, I would pick Pereira’s goal at home against Manchester City. It was such a wonderfully, clean strike and influential in the outcome of the match. But the team’s performance and result at home to Arsenal gave me more pleasure overall.

Much more optimistic. I was prepared to give Puel a chance at this stage last year, but with Rodgers’ brilliant start since his move to City I feel we could improve significantly on the season just ended. 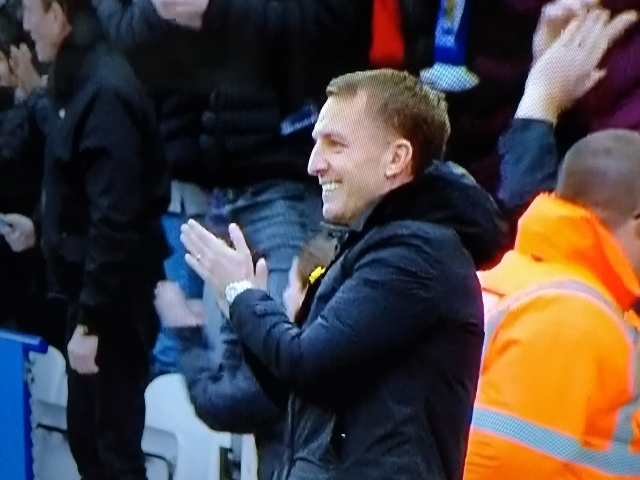 It is always difficult to answer this question at the beginning of summer because we do not know which of our current players may be snapped up by other clubs. We keep hearing that Maguire is being chased by Manchester clubs – if he goes, then we need to ensure that either Benkovic will stay or find another back-up. Morgan is with us for another year and can still block as good as any defender, but he is slowing down.

Vardy needs someone to help him in attack or replace him during periods of injury/suspension. The current incumbents are not up to it. However, whoever we chase for this position will be sought after by other top clubs too.

It is excellent that half of a first team has been called up to play for England (at differing levels), so it could be argued that the young lads are already experiencing good football. But if City are trying to reach Europe, then experience in that sphere will be invaluable.

Probably the same one that most other City fans are saying – Tielemans.

Yes. The form shown since Brendan Rodgers arrived supports that contention. Clearly, it is more difficult to maintain that momentum over a whole season, but with wins over Manchester City, Chelsea and Arsenal last season, it shows it can be done.

It is the only trophy we have not won. Many fans were disappointed that Puel did not seem to take this competition seriously. A good run often brings confidence in the League. It would also give another option to play in Europe.

If the management want to bring in new players, it is likely that others would have to go. At the top of that list I would place Slimani, Ghezzal and Iheanacho. They do not have the skills and performance that City need. I do not see how Kapustka would fit in the current regime and, if we manage to buy Tielemans, then Silva would also be surplus to requirements. Rodgers has probably not seen some of the players that have been out on loan, so he may want to give them a chance first. I think we need to boost the second-string squad more so that there is a better choice when injuries occur.