Having given our match reporting team a couple of weeks to reflect, today we start our usual series of end of season reviews, which will be published over the next few weeks. To kick off, here are the thoughts of Colin Murrant…

The end of season 2017-18, I was beginning to doubt M. Puel’s tactics and his motivational skills, so I was not over optimistic about our chances. Lower half was probably where we would be, I was more optimistic about the cups if we would put our best team out.

It was really numbing news that Saturday night, there were no reports of ambulances in attendance, so it was certain nobody got out of the helicopter alive. Khun Vichai meant so much to us all at the Club, the City, and to the world of the underdog he gave hope – the triumph in 2015-16 made everything possible. This was evidenced by being the main news item for several days afterwards and also by the attendance of foreign news crews.

You could not help but get swept up in the tide of emotion. I was at the ground Sunday and the tributes were starting to be laid behind the South Stand, by the end of the week the flowers and shirts laid was beyond belief. The first home match after the tragedy was against Burnley and I was lucky enough to be part of the party that laid wreaths at the shrine alongside fellow LCFC Fans Groups and Burnley Supporters’ Groups. The subsequent tributes at home games from Watford and Manchester City fans was very moving.

The Club in terms of the staff, were probably more devastated than even the fans. I had dealings with Jim Donnelly the SLO and he was deeply moved by the loss of what was his Boss. Other employees of the Club you met were similarly distraught. The way the Club dealt with the disaster was very commendable, I think they got it right, one minute there is life, the next minute it is taken away, it is difficult to continue to work under these circumstances; they were very professional.

The loss of Vichai, the demise of Puel, were major impacts on the season, the coming of Brendan Rodgers saved the day in terms of final League position. The results in home matches against Everton, West Ham, Burnley, Southampton, Crystal Palace, Newcastle and Cardiff yielded 2 points. Added to that the disgraceful team selection at Newport and the same in the League Cup against Manchester City, and it could have been, should have been so much better.

I think Ricardo is an exciting player but not the best full back, I would not be surprised if BR puts Ricardo at the right side of a diamond formation next season. I would say James Maddison would have my vote, most chances created in the whole of the Premier League, a genuine talent; his physicality might be he his only weakness. His goals from free kicks was also top of the PL charts. 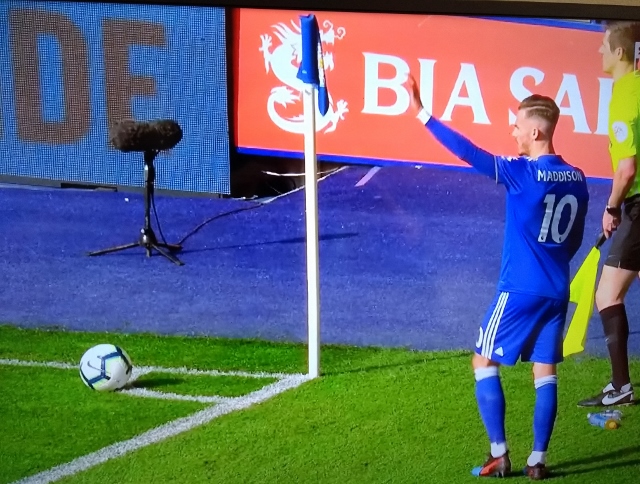 Maddison and Ricardo I have spoken about.

Jonny Evans has surprised me as to how good and solid he has become after an iffy start.

Danny Ward is a competent goalkeeper who played well in the cup matches, although £12m for an understudy goalkeeper was a bit steep.

Rachid Ghezzal took on the mantle of Mahrez, a poisoned chalice if ever there was one, and has not looked remotely like replacing Riyad.

Of the defenders, Soyuncu has looked OKish but prone to occasional lapses in concentration. Benkovic was moved on to Celtic, he looked good in his one cameo appearance against ….lowly Fleetwood.

Youri Tielemans was immense, signed during Puel’s last days at the Club, his impact on the team was substantial, not only in terms of goals and assists, he brought more balance to the side and I think Wilfred Ndidi recaptured his old form playing alongside him.

Predictably I go back to Maddison. He has taken the jump from the Championship to the Premier League relatively easily. He started well, then his form dropped but, under Rodgers he seems to have his flair back and his form is more consistent.

It would have to be Kelechi Iheanacho. During the 17/18 seasons he played a stunning 20 minutes at WBA scoring once and setting up two goals. He was powerful against Spurs also. There is definitely a player in there, I just hope BR can get it out of him. A person in the know told me he is good in training, I think he has little confidence in front of the crowd. Pre-season could be critical for him.

I purposely avoided mentioning the Cardiff away game above. The first match after the helicopter crash was amazing. The raw emotion, the T Shirts, the free food from Cardiff City, the Gray winner, the warmth from the Cardiff fans and supporters but, above all else, the team standing in front of the supporters and mutually applauding each other at the end of the game will stay with me forever. 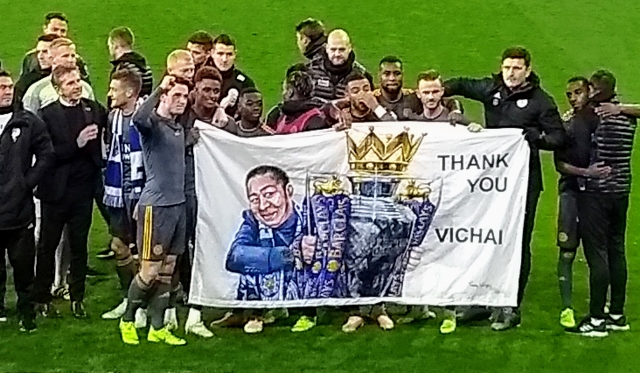 Immensely positive, simple as that. BR has proven himself in the PL and he has a bunch of bright young talent. The next few years could be a vintage time for City.

I think that BR will try his favoured three at the back, diamond formation next season. He tried something similar at Watford in his first match in charge. So I think players to improve will may depend on the formation he plays.

Assuming we sell no one in the transfer window, then a new right back (if he sticks with 4 at the back), Tielemans or someone of his ilk is required in midfield, and another forward.

Has to be a balance. Morgan is probably in his last season with the club but we have two expensive purchases in Soyuncu and Benkovic who may well develop alongside Evans and Maguire, particularly if BR goes to his preferred back 3.

I would be more inclined to bring in experienced players in midfield and up front, although Tielemans is not that experienced and played well. I think up top, we have to bring in a tried and tested Premier League forward as we have wasted too much money trying to fill that position with players outside of the League.

Tielemans is the obvious one, but probably does not need a word in the owners’ ears.

I would like Rondon who has always impressed me with his work-rate, his ability to hold the ball up and his heading prowess.

I have to say yes remembering Manchester United are going to be rebuilding, Chelsea may lose Hazard and have a transfer embargo, Wolves may suffer as Burnley did with the July start in the Europa League.

If we had won 5 of those home matches against teams that finished below us this season, we would have finished 6th.

I think it is an achievable target. The fact we played in the final 3 times in the 60s but have not been back in the 50 years since the last one is staggering. I do not get excited by the Cup Final anymore, it was the only time you got to watch your team at Wembley, now virtually all PL and EFL teams have played there. That fact, and other changes made by the FA have zapped the magic for me. Still enjoy going to grounds I have not been to previously such as Newport County, even if the result sickened me.

I wrote a tribute to Gordon Banks which was picked up by Central TV who invited me together with a Stoke City fan and a Chesterfield fan to take part in a programme commemorating the live of Gordon. Gordon was my first hero, I remember the pride I felt in August 1966 when he paraded round the Filbert Street pitch with Moore, Hurst and Peters before the WHU game.

I had the pleasure of meeting Gordon on a couple of occasions, he was a modest gentle man.

He was recently voted the second best goalkeeper of all time, Lev Yashin must have been some goalkeeper to be better. Gordon Banks of Leicester and England, R.I.P.