I was not very hopeful as I was still ambivalent about Claude Puel.  I wanted him to succeed but his communication skills were very poor, and it says something when even the French speaking players couldn’t understand him (as we have since learnt)!  As every season, I hoped we would have a good go at the FA Cup, but yet again we fell at the first hurdle.

Ironically, this was Puel’s finest hour and I thought he was excellent, judging the mood exactly.  Obviously I had never met the former chairman but it became clear how close he had been to the players; Schmeichel and Vardy were in bits, somewhat against their macho images.

Although I no longer live in Leicester, I came up to see the tributes and was bowled over by the scale of them.  ‘The football family’ is obviously not the cliché I had imagined it to be.

No member of staff, players or other employees, put a foot wrong and I would particularly single out Susan Whelan who appears to have been a rock.  For the saddest of reasons, the club – directors, staff, players and supporters – became closer.

Given the events of last season what were your overall thoughts on finishing 9th ?

It was a decent result and I am not too unhappy about missing out on the Europa League.  It will be interesting to see how Wolves get on, as Burnley struggled with the extra competition last season and looked certain to be relegated at one stage.

Definitely.  He was my choice and I voted for him on the club website.

A bit of a mixed bag.  Pereira had a shocking start to the season (Bournemouth comes to mind) but improved out of all recognition.  I like Maddison but I wish he was less selfish; against Manchester City (A) he ignored Albrighton in acres of space to his right and opted to shoot himself.  If he had been less selfish, the title might have gone to Liverpool.  But football is all about ‘ifs’ and ‘buts’!

Johnny Evans was a revelation, again after a shaky start, and he seems to have lots of time on the ball.  Of course, Benkovic immediately went on loan and we didn’t see much of Soyuncu; when he did play he didn’t inspire me with much confidence but Rodgers seems to believe in him.

Ghezzal did OK in patches, scoring a stunning goal in the cup game against Fleetwood Town.  It was good to see Harvey Barnes come back in January and of course Tielemans was another  revelation; if he had come sooner, would Puel have kept his job?

For me, Ben Chilwell.  He has made such good progress, demonstrating that these things take time.  From being no 2 to Fuchs, to a full England international in the course of one season is remarkable. 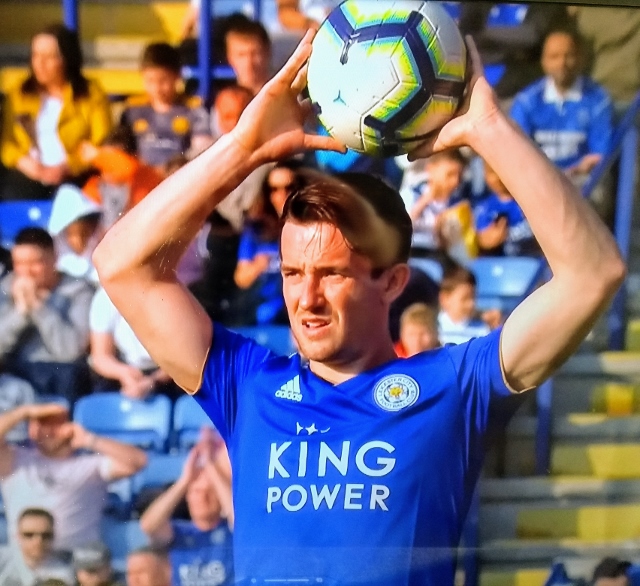 Two – Gray and Iheanacho.  Both failed yet again to fulfil their potential and I just hope that Rodgers is able to get the best out of them both.

The matches against Chelsea (A) and the two home matches against Manchester City and Arsenal.  The latter especially looked very poor and we could have scored more goals, which gives me confidence for the future.

And I must mention the Cardiff match away, the first game after Vichai’s death.  The kindness of the Cardiff fans, the team coming to the fans at the end and the overall emotion of the occasion will never be forgotten.

I am much more confident, but I do worry that expectations of him will be too high.  I think we could be a top six team but we will lose games and when this happens, I hope certain fans don’t turn on him.

If we can’t get Tielemans permanently – and the vultures are apparently circling – we need another offensive midfielder.  Could Matty James again be the player he was before his injury?  And another striker to take the burden off Vardy.  I don’t see Amartey as a right back, so someone to come in for Pereira if necessary, is required.

I like the emphasis on youth.  Until two experienced players from the U-23s went out on loan, they were looking good and Choudhury has shown that it is possible to make the step up.  Having seen most of the U-23 matches online, I think there are a number of promising youngsters who might surprise us.

Tielemans – but I don’t think they need me to tell them this!

It is the most important competition for me.  Although I wasn’t around for the 1949 final, I saw the other three (the last one at Wembley) and it is my dearest wish that we could finally win it.

Nothing to do with the club, but I hope safe standing is introduced, provided it means that people in seats do not stand for the whole match and block my view.  At 5 foot nothing it is maddening, and I have friends who cannot stand for 90 minutes even if they wanted to.

Several things about the state of football today are irritating but the media storm associating our best players with so-called bigger clubs is particularly irksome.  What right do they have to cherry pick? I know, we do it to other clubs lower down the pecking order, but I wish it would stop.  But I guess I am whistling in the wind!