Leicester City's season on the road during the 2018-19 Premier League season ended in the same fashion in which it began – with a narrow defeat at the hands of a Manchester club.

On this occasion, it was the blue half of the city that inflicted the damage, courtesy of a spectacular strike by home captain Vincent Kompany which may well have ensured that his team, Manchester City, successfully retain their title.

Visiting fans arriving at the Etihad encountered two pleasant surprises. First of all, the weather was dry, in welcome contrast to the incessant downpours that have regularly featured in our previous trips to this venue. Secondly, the club staff were busy handing out free T-shirts bearing the slogan “Together We Are One”. 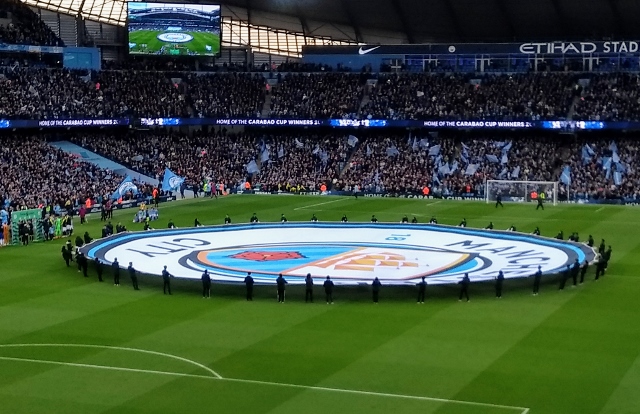 I've lost count of the number of times our fans have been treated to gifts this season on our travels. Given the challenging circumstances we have faced during the course of this campaign, the club's continued generosity can only be commended.

To little surprise, Brendan Rodgers made no changes from the side that had beaten Arsenal so convincingly in the previous fixture. Meanwhile the hosts were missing the influential midfield duo of Fernandinho and De Bruyne, while their record signing – a certain Riyad Mahrez – was, as so often in recent weeks, left to languish on the bench. Although the former Fox has enhanced his medal collection during the course of the season, he has yet to become the match-winning force that his coach and club hoped he would be. 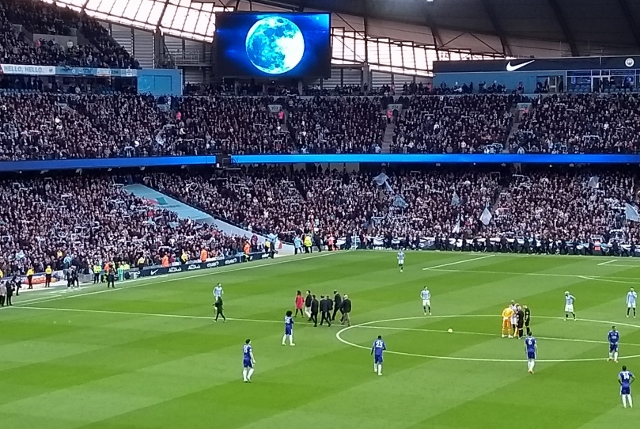 The game began in a predictably frenzied fashion, with the home side looking to seize the initiative and forcing the Foxes onto the back foot. However, Rodgers had prepared his side well and the visitors displayed considerable fortitude and resilience in resisting the onslaught that came their way.

Indeed, there was only one moment of genuine alarm during the opening half, when a rare lapse of concentration in the Leicester defence allowed Aguero a point-blank header from a Gundogan header. Kasper Schmeichel, though, was somehow able to paw the ball against the underside of the bar and referee Dean ruled, with the aid of technology, that the ball had not crossed the line, much to the relief of both the visiting contingent and those TV viewers eagerly anticipating a setback for the home side.

Despite conceding a string of corners, the Foxes held out until the interval, with Jonny Evans and Harry Maguire looking as solid a partnership as they had been all season. Meanwhile, as home frustrations grew, both Kompany and David Silva earned yellow cards for brutal challenges which may have merited more stringent action.

After the break, the champions continued to pile on the pressure, with Leicester being restricted to rare sporadic breaks. Sterling headed over when he should at least have found the target, before being denied by Hamza Choudhury and Ben Chilwell when looking set to break the deadlock. 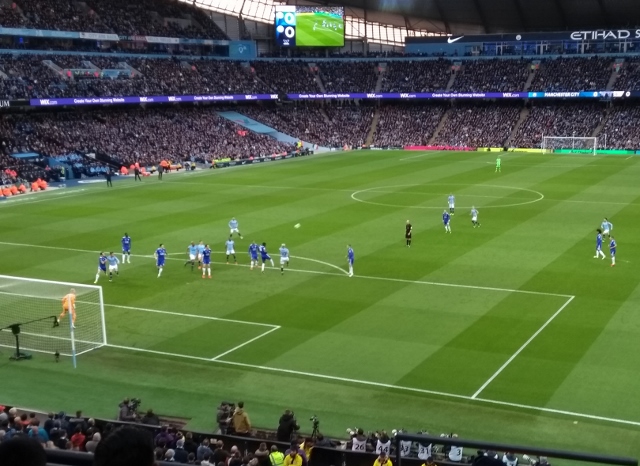 Midway through the half, the entire stadium held its breath as Maguire went marauding well into opposition territory He managed to find James Maddison just outside the box, but the midfielder's effort flew just wide of the home goal.

As the tension and intensity rose even further, Aguero was sent clear on goal, only to see Schmeichel's legs divert his goalbound attempt.

The breakthrough was not long delayed, though, as seconds later Kompany burst into the visiting half and unleashed a fierce, swerving, long-range piledriver that gave Schmeichel no chance.

Could the defence or midfield have done more to close him down? Perhaps so, but neither they nor Schmeichel would have expected a central defender to strike a ball with such pace and precision. 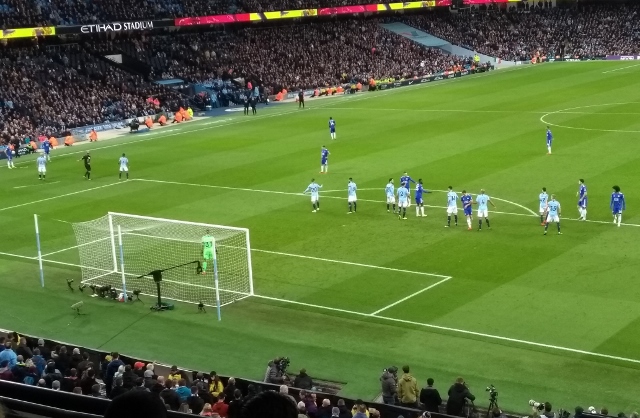 During the remaining stages of the game, Rodgers deployed the full range of attacking options from the bench. This could – and perhaps should – have brought due reward with three minutes remaining, when excellent work by Choudhury sent Kelechi Iheanacho through on goal. Sadly, though, the substitute, without a goal since last September, failed to get his bearings right and sent the ball well wide of the target.

Although the former Manchester City frontman has undoubted potential, as his international record indicates, this incident is the latest in a series that suggests that this potential is unlikely to be realised at the King Power Stadium. As with Mahrez, the expectations generated by a hefty price tag have had adverse effect on form and confidence.

Iheanacho's evening went from bad to worse when he was booked in stoppage time following the most theatrical of falls from home sub Jesus. The referee then added further insult by allowing the free-kick to be taken a full 20 yards from its correct position – in stark contrast to his stance previously when he insisted on Leicester free-kicks being taken from the exact blade of grass where the foul had occurred.

The hosts saw out the remaining moments in some comfort and their fans gave a predictably rapturous welcome to the final whistle. Meanwhile, the Foxes, as so often on our trips to the bigger clubs this season, were left to reflect what could have been.

This defeat finally extinguished the faint hopes we had of Europa League qualification, but, in truth, our general standard of performance has not really been high enough to earn that honour. The side is still a work in progress and much will depend on whether Rodgers is able to keep it together during the next transfer window.

At the end of one of the most momentous weeks the Premier League has enjoyed for some time, it remains to be seen whether the Foxes can conclude the season on a high note by seeing off Chelsea in our final fixture.