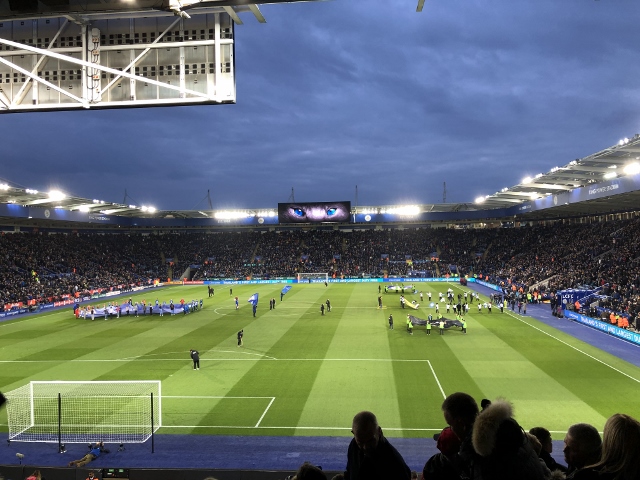 On the basis of this performance, it appears that Rafa Benitez has taken a rather shapeless bunch of players and turned them into a team which, if not attractive are certainly capable of being dogged, disciplined and effective.

Pre-match highlights were the return of Maguire for Söyüncü, a radical new haircut for substitute Okazaki and the welcome reappearance, also on the bench, for Marc Albrighton after injury.  There was the usual large turnout of Newcastle fans, which is to their credit for a televised Friday evening match, notably as neither side had ever yet won a Friday night Premier League encounter. 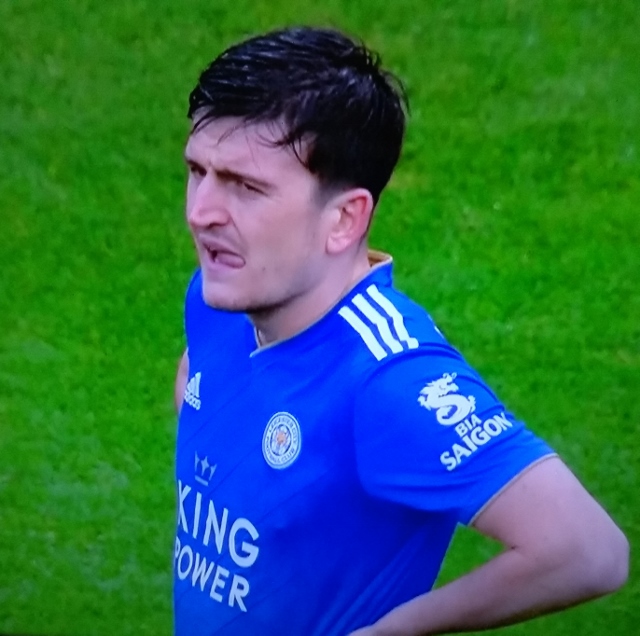 The first couple of minutes was lively, with each side having a half-decent scoring opportunity.  Then the match settled into the rhythm it was to occupy for pretty much the rest of the match: Leicester totally dominated possession, whilst Newcastle pressed if Schmeichel had the ball, but otherwise retreated into a disciplined 5-4-1 formation, closing all available space once Leicester crossed the half-way line.

The main offender was the usually-dependable Ndidi, but almost the whole team seemed to have caught the bug at one stage or another. 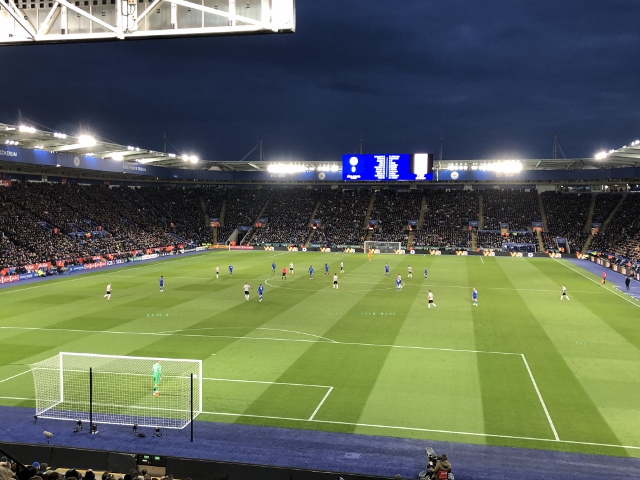 Somehow it was not a surprise to reach the 15th minute with City having achieved not much, and for Rondón to fire a free-kick from 30-yards which had Schmeichel scrambling and hit the cross-bar full on.

By the time thirty minutes had passed, the big-screen match and player stats were beginning to become about as interesting as the match itself.

The next couple of minutes provided a little cameo of the match as a whole.  Firstly, a Newcastle player on the half-way line spotted Schmeichel well off his line following yet another sloppy move by City – but his shot failed even to hit the corner flag, giving, instead, a throw-in to City a full 10-yards away from the corner.

Then, a minute later, Newcastle scored.  Newcastle broke – yet again – getting two players on the left against Pereira and a late-retreating Gray.  Pereira blocked the first cross but could not block the second and Perez completed a rather good near post header which looped over Morgan and Schmeichel and into the goal.

City’s whole shape looked wrong, somehow.  Such attacks as they had – and there were some – were largely either Chilwell or Barnes bombing down the left wing, but there were hardly any crosses.  And there was almost nothing of any note down City’s right flank.  Gray kept drifting in-field.  I’m not sure he made a meaningful cross all game, and he was simply – to use the vernacular – out-muscled the entire game by Ritchie and whichever other Newcastle defender marked him at any given time. 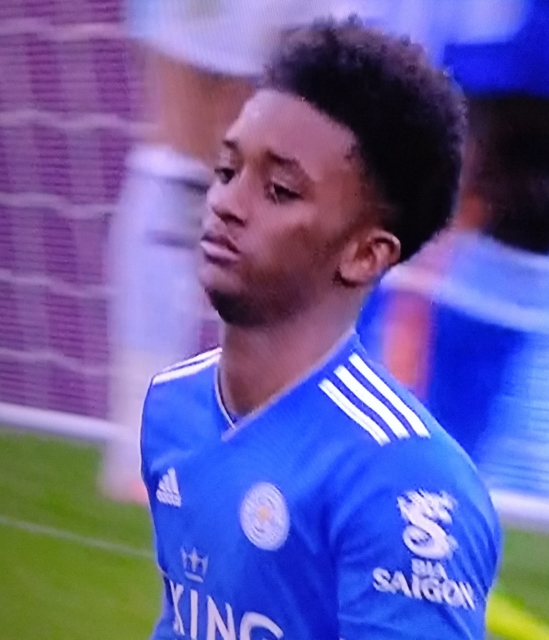 The on-screen stat immediately before half-time summed the match up well: Newcastle had had barely a quarter of the possession, but had had two-thirds of the shots.

City looked a bit sharper in the second half, whereas Newcastle resorted more and more to fairly outrageous time wasting and lumping the ball into the air for Rondón to chase.  This continued to be an effective plan, though.  Indeed, 10 minutes into the half, Newcastle again got a good cross from the left that, with a bit more accuracy, would have found not one, but two un-marked players waiting to fire into an open goal.

By mid-way through the half, City finally began to get the ball to the by-line more regularly and get some crosses in.  Schmeichel also managed to show the side of his game which over-steps ‘enthusiastic’ and slips into ‘childish unprofessionalism’, a side which shows itself rather too often for a rightly-respected senior member of the squad.  Yes, Newcastle players were holding on to the ball rather than letting City place it for a free-kick on the half-way line, but there was also a physio on the pitch giving a player treatment, so racing 70-yards to tangle with the Newcastle players and remonstrate with the referee was only ever going to result in a yellow card, which it duly did.

In the 71st minute, Rodgers replaced Gray with Iheanacho.  I’m sure that Benitez would have been quietly pleased with how his team had stifled one of City’s potentially creative players.  Mendy also replaced the struggling Ndidi.

Two minutes later, Leicester got their first corner of the entire match.  Yes, 70+% possession and no corner until the 73rd minute was another revealing stat of the day.

Maguire was fouled near the edge of the box.  Four Newcastle players spent an age retreating from it; indeed, I’m not sure whether referee Chris Kavanagh actually paced out 11-yards rather than 10 as punishment, it certainly looked that way.  Maddison’s shot flew tamely over the wall in any case. 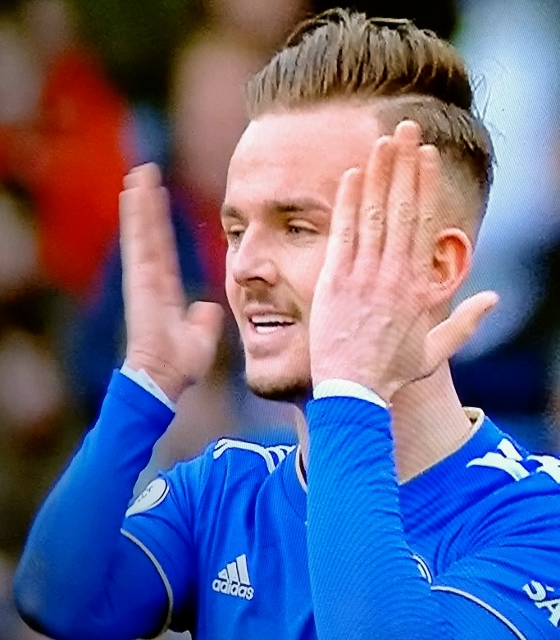 City’s golden opportunity to equalize came a couple of minutes later.  Tielemans played a classic, and classy, through-ball for Vardy to chase.  Vardy did what he always does and managed to get to it and scoop it over the challenging defender and charging goalkeeper with his left foot.  Only, in keeping with the tone of the whole match, this time his ‘scoop’ flew over the cross-bar as well.

Rodgers replaced Barnes with Albrighton, the latter getting a rousing reception from the City fans.  The introduction of Mendy and Albrighton did serve to sped up the pace with which City attacked.  Albrighton also did what he always does: crossed the ball.  Indeed, the on-screen stat soon after he arrived showed – if I remember correctly – he had touched the ball seven times and completed three crosses.

In the 90th minute, Tielemans probably was tripped in the penalty area, but it was well away from the ball and one that – pre-VAR at least – would almost never be given.  Maguire had a stoppage-time header easily saved, and that was about it.

Leicester were simply out of sorts today.  Arguably their three most reliable players – Vardy, Tielemans and Ndidi – each had games well below their normal standards, and Newcastle’s determination, shape and physical presence were too much for a below-par Leicester.

Despite this, the mood of the City fans was understanding.  The team have showed, under Rodgers, that they have the potential to be very good indeed.  They are also a young team, getting used to new challenges.  Rodger’s target, of building a team that will consistently challenge for European places, still has a decent chance of success with the squad available.  But as the Smiths used to sing … these things take time.