In terms of advice, one of the academy players last year came to speak to me expressing his concerns about his recent performances and the way he was relating to his fellow team mates. As we explored the issues it came to light that there were personal circumstances and aspects of his personality that were impacting him. Together we were able to draw up some simple strategies to help him overcome these. During this process he discovered some things about himself that will help him be more successful in life whether or not he makes it in the game.

I use that as an example because sometimes if someone is struggling to perform there might be other issues in their lives. I guess if someone comes to me as Chaplain to talk about their performances and the reaction of others, it might well be because there are non-football related issues that are impacting that person.

Since taking up your role, what has given you the most joy?

Knowing there are times when you have made a difference. One of the most positive things that has been said to me was from someone who said ‘I wish you’d have been here some four or five years ago’. 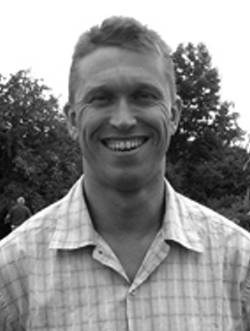 Does your role just cover supporting the playing staff?

No, it is all staff, not just the playing side. Everyone at this football club is important.

Again two related questions are: Would you say your time is spent more helping Academy or First team players? And, Are your services well used and if so more by players or club staff?

Generally more time is spent with the academy players because of the uncertainty of their futures and the fact that they are at a vulnerable age.  With this in mind, obviously my role extends to links with parents/guardians of academy players where applicable.

I would like to point out though that, taking me out of the equation, there is already a fantastic structure at the academy with excellent staff in place who really have the interests of both the club and the players at heart.

The number of times football crowds now have a minute’s silence in recognition of people or events is on the increase, what is your view on the recent development of one minute’s applause being used?

I like it. Football grounds are not supposed to be quiet places and so I think this is more appropriate.  Also if you come in late to a game and don’t realise what is happening you can accidentally be disrespectful. Also there are supporters at the club who are disabled and so will be unable to remain silent through no fault of their own.

One minute of applause helps drown out any minorities that might be deliberately disrespectful.  A minute of silence can be a very appropriate way to mark an occasion, but it is not ideal to the football environment – or are football grounds becoming places of 90 minutes of silence anyway nowadays!!!!!

I would also say that sometimes silence and mourning isn’t always appropriate.  For example, my own funeral would be a celebration because it will be celebrating my life and the certainty of where I have moved on to after my earthly death.

The next article will look at how time consuming being the club Chaplin is and Bruce’s view of paying football on Sundays.