1. Tim Davies welcomed everyone to the meeting and each person gave a brief introduction.

2. Apologies for absence had been received from Simon Winfield.

3. The minutes of the previous meeting were confirmed as a true and correct record.

4. It was agreed that matters arising would be dealt with during the meeting.

5. Andrew TaylorAndrew reflected on the 2005-2006 season and his thoughts for the new season. He talked about the manager and players and he hoped that the promise of the squad would be transferred into results on the field.

END_OF_DOCUMENT_TOKEN_TO_BE_REPLACED 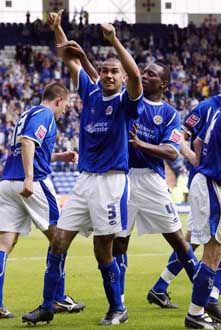