The Foxes emerged triumphant from a fiercely competitive game played in sweltering conditions in front of a raucous Bramall Lane crowd. Barnes, along with colleagues Hamza Choudhury and James Maddison, enhanced his international prospects with an impressive display in the presence of Gareth Southgate.

With Wilfred Ndidi joining Ben Chilwell on the injured list, City brought in Belgian international Dennis Praet for his full debut in the only change to the starting line-up from the previous fixture.

In spite of the heat, both sides began the game at a high tempo in an attempt to secure dominance in midfield. As a consequence, few clear-cut chances were created during a largely attritional opening half. 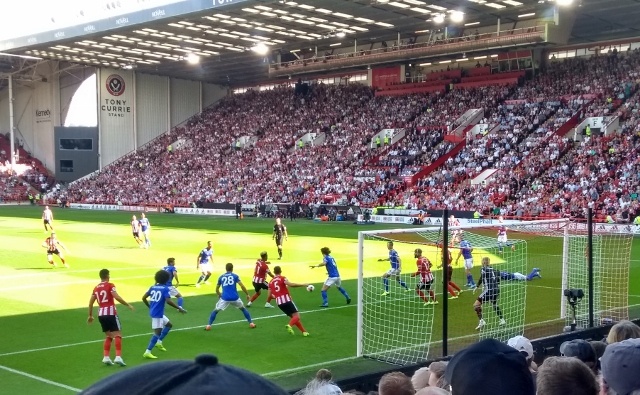 A Christian Fuchs free-kick and a Maddison header, both of which flew narrowly wide, were the closest efforts at goal that City managed during the first half-hour. Meanwhile, at the other end, the only threat from the Blades came from a Baldock volley handled with comfort by Schmeichel. 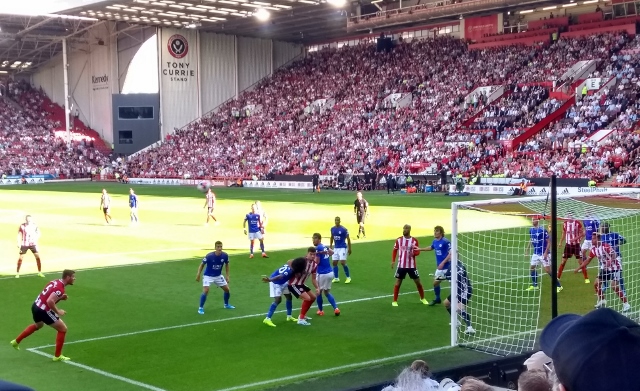 The game was in need of a moment of inspiration, which Maddison provided after 38 minutes. Seizing on a loose ball after Ayoze Perez had dispossessed Basham, the midfielder's perfectly-weighted pass enabled Vardy to beat the home offside trap and open the scoring.

The Foxes frontman, playing in the city of his birth for the first time in this league, took particular delight in silencing those occupants of the Shoreham Street end who had goaded the lifelong Wednesdayite all afternoon. 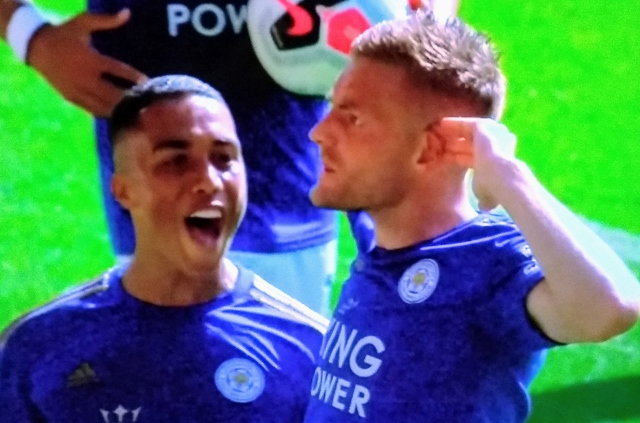 However the hosts came close to an equaliser on the stroke of half-time when O'Connell, unmarked at the far post, headed over from a Norwood corner.

The intensity increased after the interval as United replaced their forward line in an effort to force a leveller. Just after the hour, it duly arrived, as sub McBurnie headed home from a Baldock cross.

Many teams, including some in the top flight, may well have wilted at this stage, but City did not. The introduction of Barnes to replace the tiring Praet provided the impetus needed to regain the advantage. 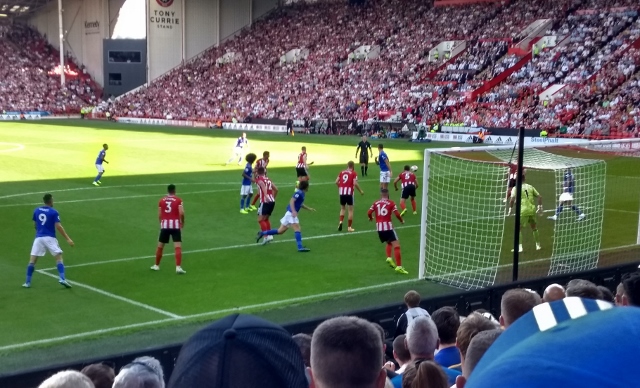 Few could have imagined, though, that City's winner would be a goal of such high quality.

Fuchs retrieved a deep Maddison corner and when his cross was headed down by Çaglar Söyüncü, Barnes struck a perfect half-volley past Henderson in the home goal. Even at this early stage, his effort is a serious contender for goal of the season. 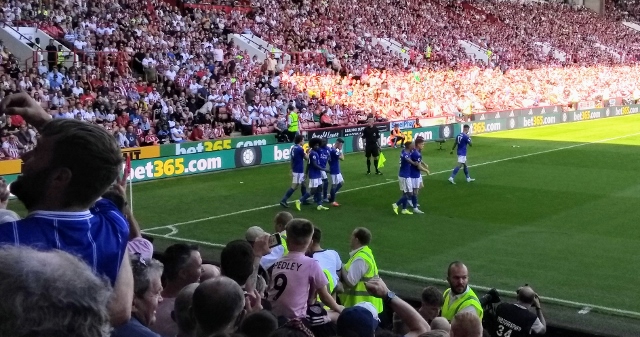 City withstood a frenzied home onslaught in the closing stages, with Schmeichel producing a brilliant point-blank save to deny Lundstram, though an offside flag would have prevented a goal in any event.

The final threat to the visitors' lead came in stoppage time when Papy Mendy conceded a foul on the edge of the City penalty area, only for Norwood's free-kick to hit the wall and bounce to safety. 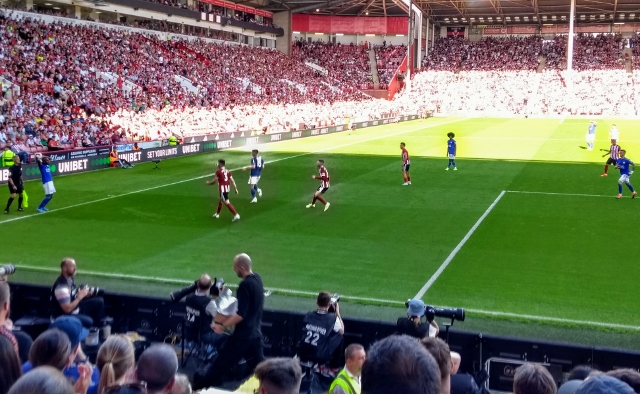 While this victory was no more than City deserved for making extra quality count at crucial stages, overall the side remains a work in progress. Both Praet and Perez will look to make more influential contributions in the coming weeks than they managed in Sheffield. 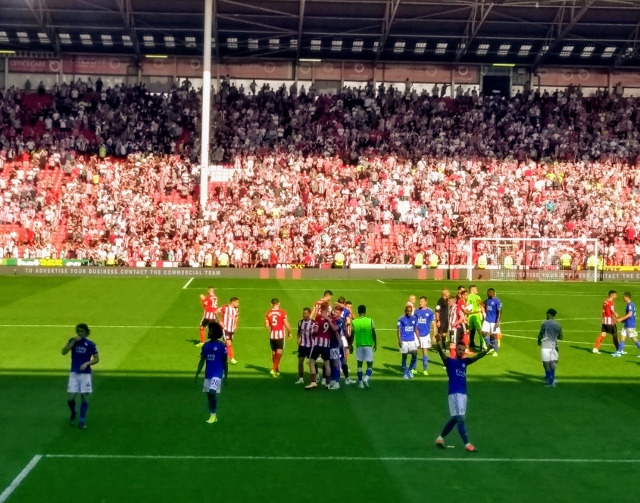 But if the side continues, on a regular basis, to combine resilience in defence with creativity and flair in other areas, an exciting season lies in wait for us. 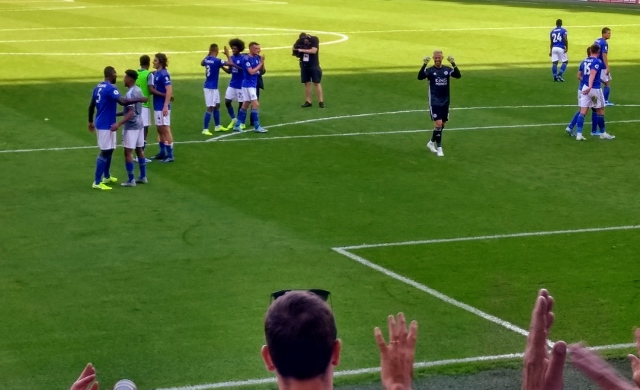