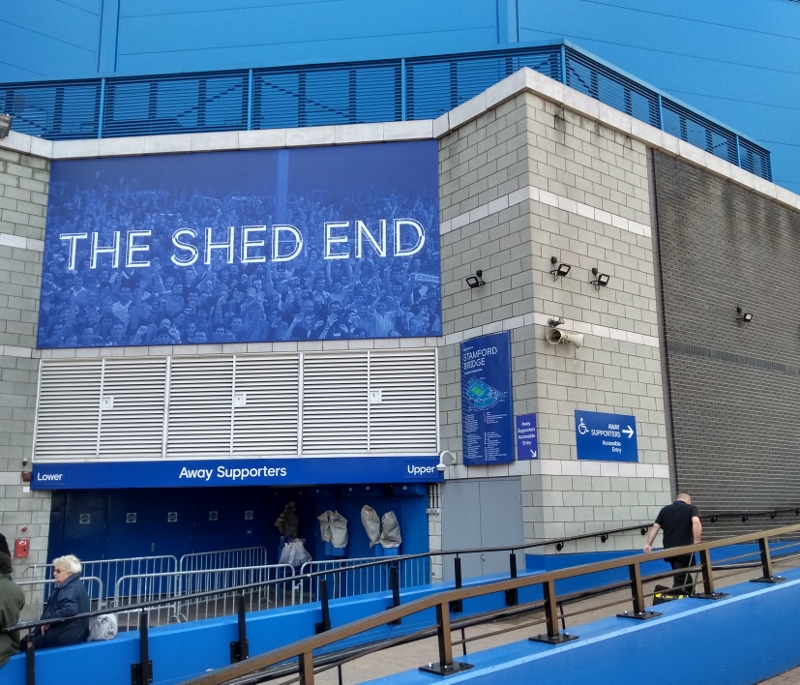 Frank Lampard’s homecoming was a day for celebration at The Bridge; met with pyrotechnics, he entered the pitch side to tumultuous applause from the Chelsea faithful. By the end of the match the party had not hit the expected heights and the home fans were less than complimentary about some of their own players. The game was the archetypical game of two halves and the Foxes were disappointed not to take all three points. 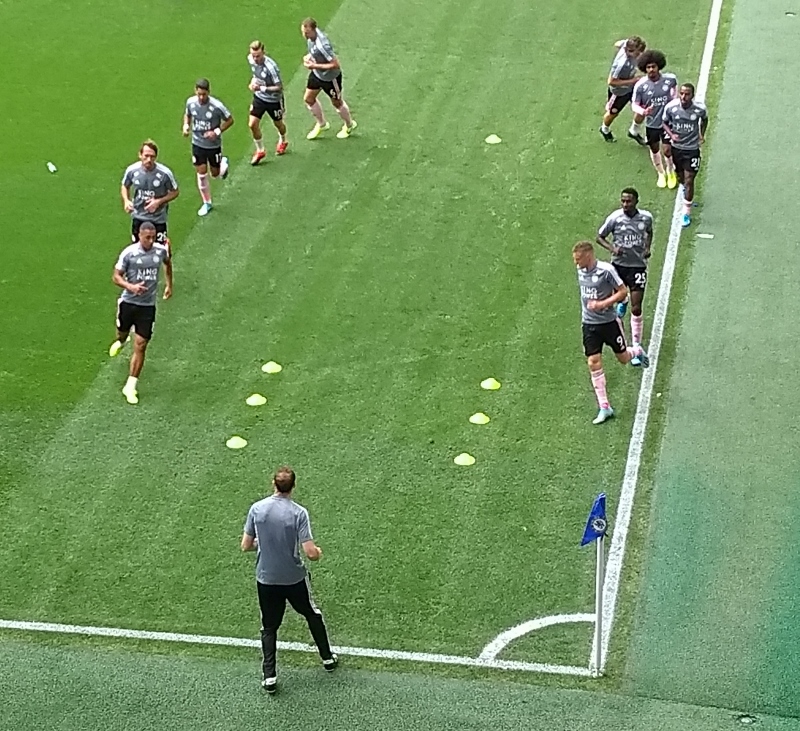 As if wrapped up in the party atmosphere, Chelsea started like a whirlwind and could have been three nil up within the first seven minutes. In the first minute Giroud chested down to Pedro who hit the side netting, within another minute Giroud again set up a chance as Schmeichel parried a Mount shot. The ball was scrambled away for a corner which flashed across the six-yard box with Chelsea players failing to get a touch on it. 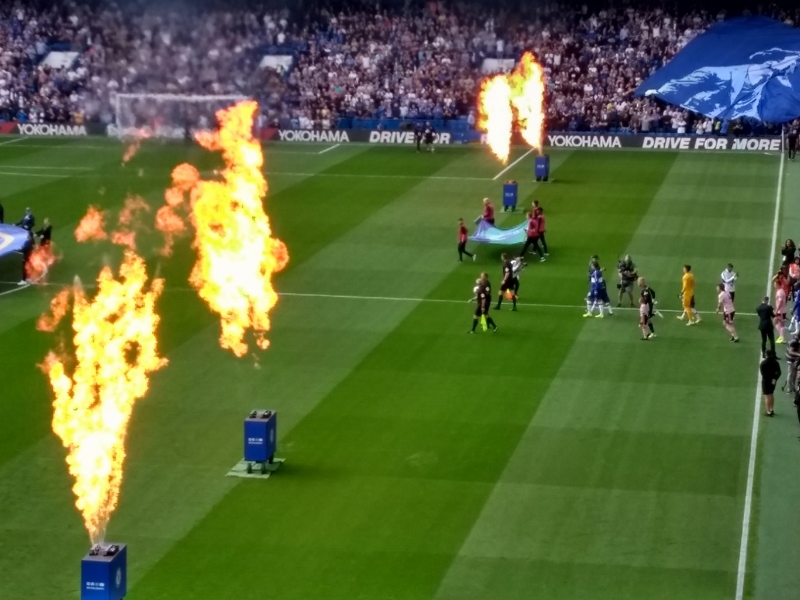 In the seventh minute the breakthrough came as City playing out from the back were caught, Evans laid the ball to Ndidi centre of goal and 25 yards out. Ndidi, facing his own goal did not see the danger, he took a touch too many and was closed down by Mount who robbed the ball from the City midfielder and shot into towards goal as he fell: Schmeichel was left wrong footed and the ball found the net for Mount’s first goal for Chelsea.

It was all Chelsea with City getting no time on the ball and losing the majority of the challenges. On 20 minutes Mount might have scored again as he headed straight at the City keeper, six minutes later and a timely tackle by Fuchs, in for the injured Chilwell, prevented Kante scoring. City’s only real threat of the half came on the half hour as Vardy closed down a hesitant Kepa only for his interception to rebound away from the goal.

Late on in the half, City had a free kick for a foul on Tielemans but were frustrated in that the referee failed to play advantage when it looked promising for the Foxes. Referee Langford had previously played advantage for Chelsea in a similar situation, so it was doubly frustrating. Overall, referee Langford had a good performance in his first Premier League game, he was a late replacement for Graham Scott who was apparently held up on the M40.

As the first half came to an end, City had mustered one solitary shot on target in the first 135 minutes of Premier League football this season. City looked very narrow and it appeared that Chelsea were exploiting the wide spaces, there also seemed few outlets when we did have possession. Little did City fans know that the game was about to change: if Chelsea and Mount had dominated the first half, it was Leicester and Maddison who were to be party-poopers.

Not much changed tactically, Maddison looked to play more inside than out left, generally City played 20 yards more advanced perhaps, but it was the tempo and intensity and aggressiveness of their play that swung things. 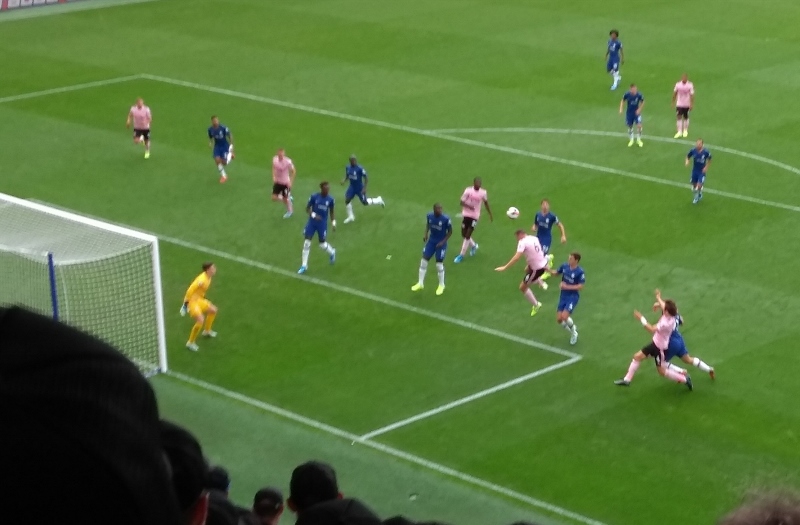 Vardy was marginally offside as he was fed through by Maddison, Maddison went around Kepa but his subsequent cross was cleared to Fuchs who, from outside the box, shot over the bar. These and other opportunities came in the first five minutes of the restart.

On 57 minutes Fuchs fed Maddison inside the box, he turned his defender right and left before his cross shot went wide of the far post. Ten minutes later it was another Fuchs ball into the Chelsea area that was deflected for a corner. Maddison’s immaculate cross found Ndidi beating the static Chelsea zonal-marking defenders and his bullet header hit the back of the net. 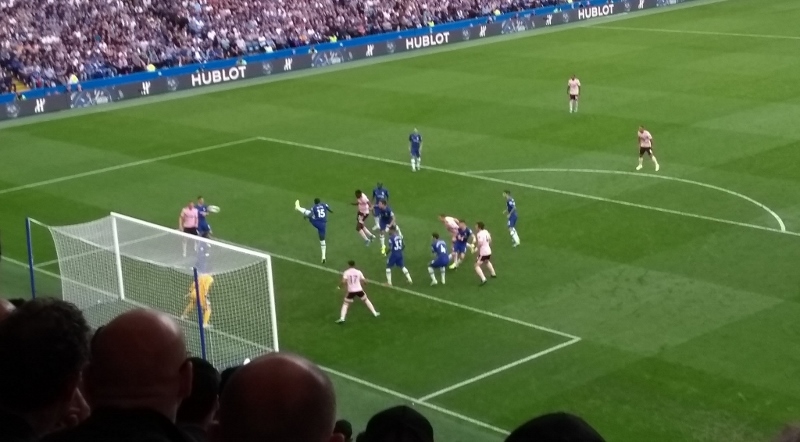 Now one of the great things with Leicester’s players for a long time has been the camaraderie and support for each other, never was this more so than with Ndidi. He was clearly distraught after the Chelsea goal but his team mates were openly seen encouraging him, telling him to forget it no doubt. When he scored the equaliser, Tielemans, Vardy and others were rallying him, tapping their foreheads, telling him to keep focussed.  Wilfred Ndidi is such a nice, honest guy and he deserved that goal; he must have run Maddison close for man-of-the-match.

On 70 minutes another first. Dennis Praet made his debut; and it was a really good cameo appearance. Given the pace and intensity of the game, and his first in the Premier League, he was straight into his stride, passing, winning the ball, dribbling: what selection headaches Rodgers might have! His first impact was immediate, he fed the ball into Fuchs who in turn fed Maddison in the box. Maddison crossed the area trying to work an opening but, as he shot, the ball popped up and the ball cleared the bar. This was followed by several other City efforts, the most notable being a Vardy shot across goal and a Tielemans shot that Kepa could only parry.

The final whistle brought several Leicester players lying on the grass, exhausted by their efforts and disappointed at not claiming all three points. This was a much better performance than against Wolves, the second half tempo is what they need to play at. Perez, just turned 26, is the old man of the five midfielders, they can and will improve as a unit. 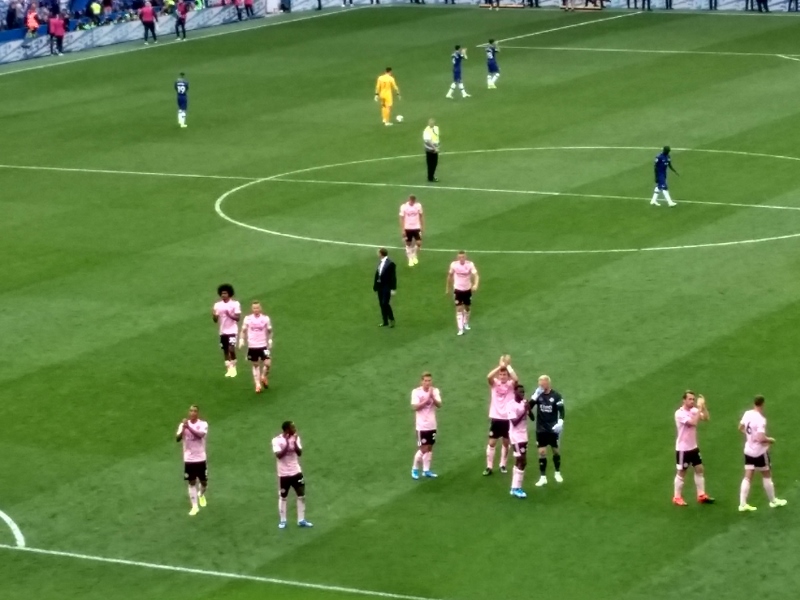 On the basis of his cameo performance, it would not be a surprise if Praet (25 years old) will be a big player for City this year. Soyuncu is fast becoming a fans’ favourite and is improving with each match. These are exciting times to be a City fan.