For the fans, it was like the first day back at school after the summer holidays. There were polite exchanges of travel stories, there was general agreement that the club had done well to secure the services of Tielemans on a more permanent basis and there was speculation on how effective the new signings would be and whether Maguire would be badly missed. There was optimism too that, after a good finish to the last season, this could well be one that would lead us into Europe next year. The Birch was his old cheery self and the pre-match film once again raised the spirits as the fox was on the prowl.

And then the referee blew his whistle for the start of City’s 2019/20 campaign. 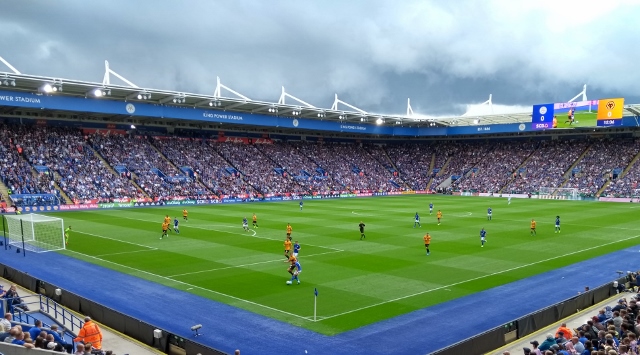 There had been talk of this being an open match as Wolves had a reputation of playing attractive, attacking football. They had just won comfortably in their European match the previous Thursday and the team list suggested that they would wish for a bagful of goals again. Yet, their approach was rather negative and City’s statistics for possession of the ball were increasing steadily as the first half wore on. Despite this, the pressure was being soaked up by the visitors and City’s attacks were not penetrative and all shots on goal were woefully off-target. Ndidi, Maddison and Choudhury were all guilty of wayward shots. 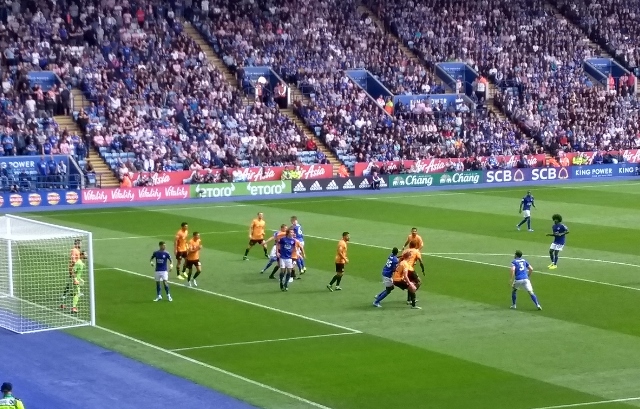 Ndidi and Choudhury were very effective in stopping the Wolves approaches on goal but they were slow in instigating counter attacks. We had heard over the summer that Brendan Rodgers was expecting to see his middle-men move forward rapidly, yet such movement was rationed. When doing so, Maddison, Tielemans and Perez were working well as a unit but time and again they came up against a five-man, stubborn defence which was not averse to carrying out a cynical tackle. 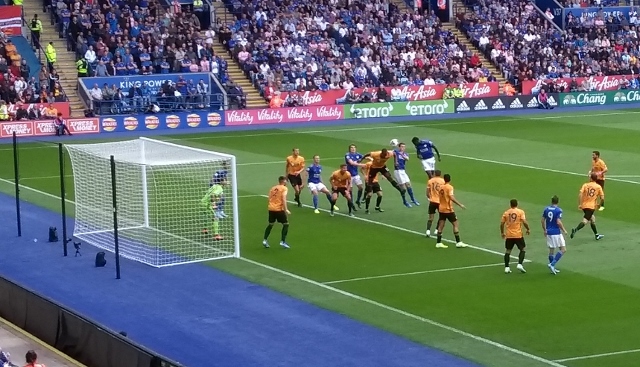 The nearest that City came to a goal scoring opportunity in the first half was when Tielemans picked up the ball on the right-hand side of the penalty area, after Maddison had tried a shot on goal, and drilled it into the danger area. Vardy was there but could not untangle his feet to pop it into the net.

Although City dominated possession for most of the half, the better chances fell the way of Wolves, especially right at the end of the half when Pereira was dispossessed of the ball on the halfway line by Jota, who took the ball all the way into the penalty area where, to the sarcastic jeers of the home crowd, he fell over his own feet and Soyuncu was able to clear the ball. 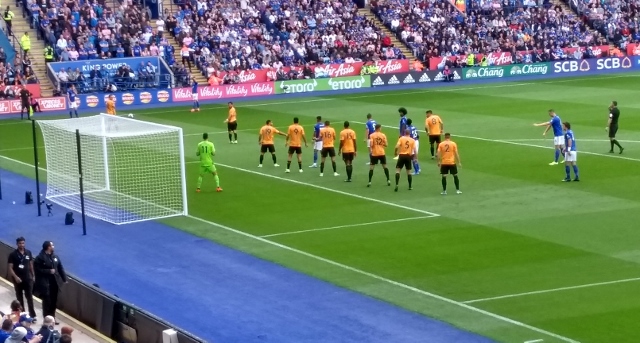 The Wolves manager must have given instructions to his players at half-time to be more positive as they came out with much more intent – worryingly so for City. Just for once the home side looked out of sorts, the passes were going astray, the tackles were more panicky and there was a general loss of concentration. Jimenez should have done better with the first shot on target in the match but Schmeichel saved it.

Wolves had the first corner of the second-half and Moutinho sent the ball perfectly into the danger area where it hit Boly and dropped for Dendoncker to sweep into the net. After the dominance of the first half without result, it seemed City would be punished by one effective move from the opposition. The away fans were still singing and chanting when the crowd became aware that VAR was being used to check the goal. 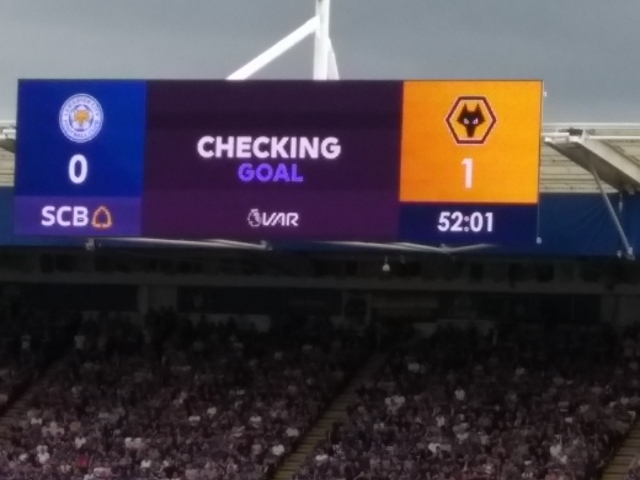 There had been no protests from City players and it was not obvious what the misdemeanour might be. There was a roar from the home crowd when the screens showed that the goal was disallowed and that the reason was an accidental handball by Boly in the lead up to the “goal”.

There is no doubt that this changed the game. City became much more confident and positive again, whereas Wolves seemed to lose their spirit and retracted into their defensive mode.

Each side made two substitutions in the half. Barnes came on for Choudhury to try and add more impetus at the front. Perhaps he should have come on earlier because he was the only one who managed to break through the defensive wall and make crosses from the left wing. His shot on goal in the 82nd minute was City’s only shot on target in the whole match. It was probably too much to ask of lady-luck when, in the second minute of added time, Barnes reached the bye-line and crossed the ball into the six-yard area, only to see it bounce off Boly for a corner rather than an own goal.

The initial expectation of an open match would have suggested several goals at the end. The outcome of a goalless draw was unforeseen, yet, with hindsight, probable due to the defensive way that Wolves set about. Their fans would go home marginally happier than City fans, but with a feeling that VAR had stolen two points from them. By the end of the season these decisions will probably even themselves out so we need to be prepared for similar disappointments.

What was discouraging for City fans this time was the inability to penetrate an organised defence that sat back in numbers. This happened too many times last season and there were hopes that the new attacking approach would eliminate the old problems. Teams lower in the division will know what to do if they need to come away from the King Power Stadium with at least a point. We have yet to see the skills of Praet – he may be the answer and I feel that Rodgers will use him sooner rather than later to find out. City had far more corners than Wolves and not one was dangerous. This may be where we will miss Maguire and his height. 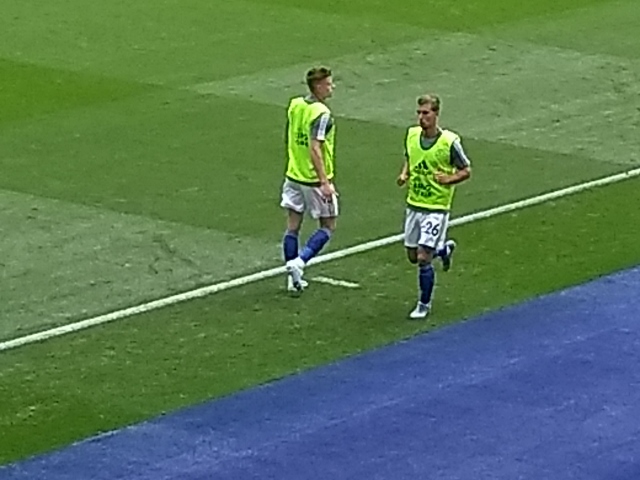